We are a dedicated team of technologists, analysts, researchers, advocates, and policy experts.
We collaborate with other donors to attract long-term funding for civil society organisations engaged in the democracy and technology problem. In addition to our core Staff members, we also have an Advisory Council (whose members broadly guide, inform, and advance our network). Together, we are building a global network of public service partners to help restore the critical connection between media and democracy. 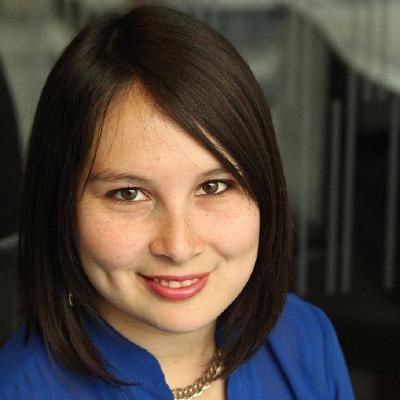 María Paz Canales
María Paz Canales is the Executive Director of Derechos Digitales, a non-profit organisation she helped found in 2005. With her team based in Chile, she works to advance human rights, privacy, and access to knowledge and information in Latin America. Her prior work in private practice and academia covered telecommunications regulation, competition, data protection, and intellectual property. María is a Chilean lawyer and holds a Master’s Degree with specialisation in Law and Technology from the University of California, Berkeley.
Pia Mancini 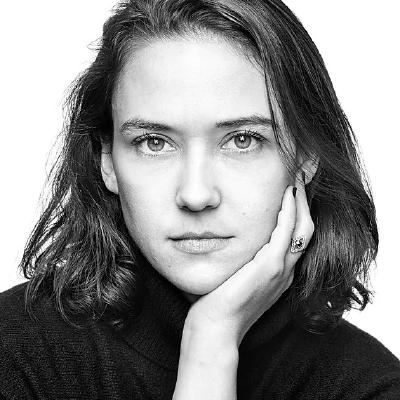 Pia Mancini
Pia Mancini is the co-founder & CEO at Open Collective, as well as the Chair of DemocracyEarth Foundation. An ardent democracy activist and open source technology sustainer, Pia has worked in politics in Argentina and developed technology for democracy around the world. She is a Y Combinator Alum, Forum of Young Global Leaders (World Economic Forum) member, globetrotter, and Roma’s mum.
Emma Ruby-Sachs 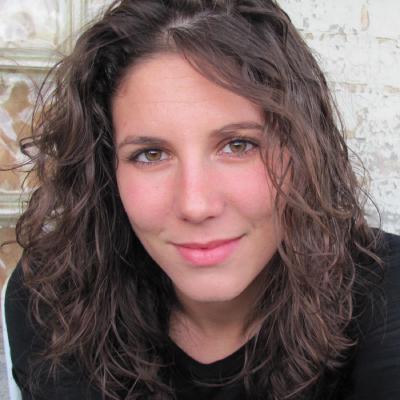 Emma Ruby-Sachs
Emma Ruby-Sachs is Executive Director of SumOfUs, a global movement of over 15 million members worldwide. She is a lawyer and writer whose work has been published in The Guardian, The Nation, Huffington Post, and other international outlets. She was previously Deputy Director at Avaaz, and has practised constitutional appellate law, administrative law, and worked on issues of wrongful arrest and wrongful conviction in Canada.
Marietje Schaake 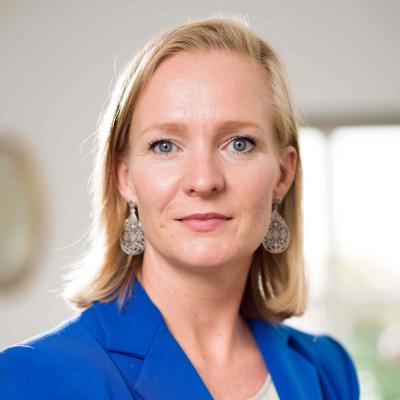 Marietje Schaake
Marietje Schaake is the international policy director at Stanford University Cyber Policy Center, an international policy fellow at Stanford’s Institute for Human-Centered Artificial Intelligence, and the President of the Cyber Peace Institute. From 2009 to 2019, she served as a Member of European Parliament for the Dutch liberal democratic party where she focused on trade, foreign affairs, and technology policies.
Shoshana Zuboff 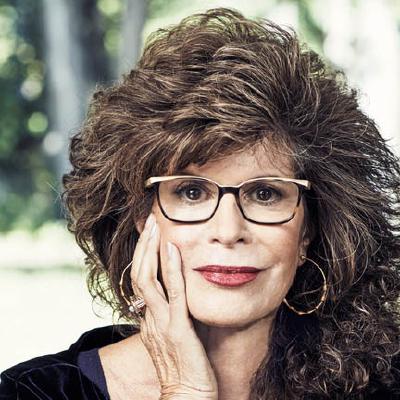 Shoshana Zuboff
Shoshana Zuboff is the Charles Edward Wilson Professor Emerita at Harvard Business School and a former Faculty Associate at the Berkman Klein Center for Internet and Society at Harvard Law School. She is the author of three influential books: In the Age of the Smart Machine: The Future of Work and Power, The Support Economy: Why Corporations Are Failing Individuals and the Next Episode of Capitalism (with James Maxmin), and most recently, The Age of Surveillance Capitalism: The Fight for a Human Future at the New Frontier of Power. 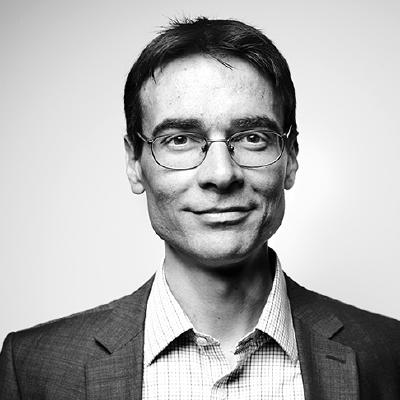 Ben Scott
As Executive Director, Ben is responsible for Reset’s strategic direction. In this capacity he oversees the coordination of our policy, technology, and civic engagement work, while providing expert counsel on policy development and advocacy. His mission is to create a global network of organisations working to achieve Reset’s aims by coordinating and integrating financial, knowledge, and relational resources across the globe. Ben’s role at Reset is an evolution of his previous position as Luminate’s Director of Policy & Advocacy (he continues to be policy and advocacy advisor at Luminate). Ben previously co-led the Stiftung Neue Verantwortung (SNV) in Berlin, helping develop the organisation into a leading tech policy voice in German politics. He was also a Senior Adviser to New America in Washington DC, helping design the Public Interest Technology Initiative. Ben led the technology policy advisory group for the 2016 Clinton US presidential campaign.
Poppy Wood
Director, UK 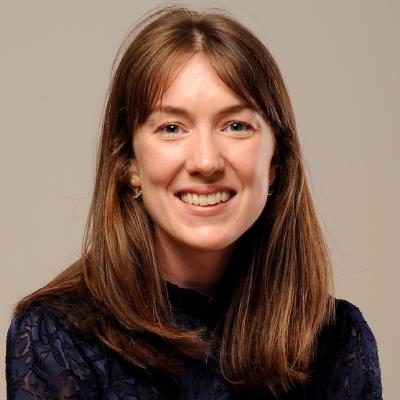 Poppy Wood
As UK Director, Poppy leads our UK policy and political strategy. Combining her expertise in policy and technology, Poppy’s mission is to maximise Reset’s impact in the UK and help drive its influential policy agenda. In addition to previously running multiple technology advisory businesses and supporting some of the world’s leading technology companies and start-ups, Poppy also worked in Downing Street for two years where she was an advisor on public appointments and tech policy. Poppy is a World Economic Forum “Global Shaper” and in 2018 was recognised in Brummell Magazine’s “Ones to Watch” list celebrating London’s high-potential talent.
Vivian Ntinyari
Operations Manager 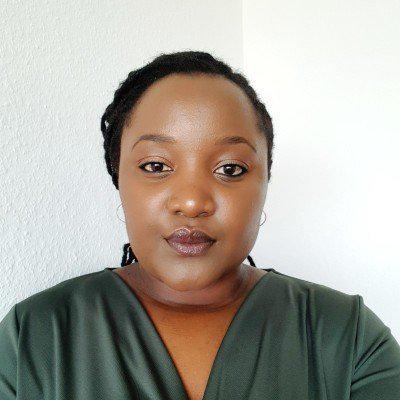 Prior to joining Luminate, Vivian was a Grants and Operations Manager for the Medicines Patent Pool Foundation in Geneva and built out the operations function for the International Budget Partnership’s organisation in Kenya.

Vivian specialises in operations transformation and continues to serve as an advisory resource for multiple nonprofits. 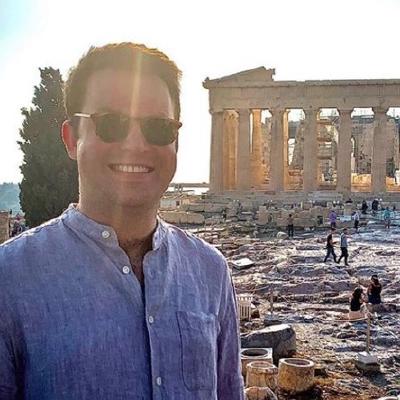 Dylan Sparks
As Policy Advisor, Dylan conducts research and strategic planning to support our programmatic work on law and policy around the world. He works to expand Reset’s network of relationships by evaluating projects and scoping funding opportunities in support of cutting-edge research, technology development, civic engagement, and policy advocacy. Dylan’s role at Reset builds on his previous work as a researcher for Luminate and Omidyar Network where his remit focused on developing understandings about digital threats to democracy and studying elections, disinformation, and data privacy legislation. In this capacity, he also worked on due diligence for grants and investments.
Meetali Jain (Representative)
Senior Advisor Meetali Jain (Representative)
As Senior Advisor, Meetali works on law, policy and advocacy for Reset — primarily on US-based projects. She brings two decades of experience to Reset as a lawyer, academic and campaigner, both in the United States and in South Africa. Meetali began her legal career post 9/11 representing individuals charged with terrorism. She later focused on holding corporations accountable for human rights abuses, and facilitated the development of the African Coalition on Corporate Accountability. She’s lectured extensively in the theory and practice of international human rights law and advocacy. Most recently, she served as Legal and Campaign Director at Avaaz, where she worked to safeguard human rights and to protect democracies and vulnerable communities from hate speech and disinformation.
Felix Kartte (Representative)
Senior Advisor 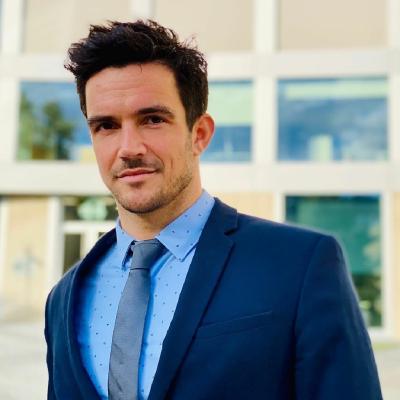 Felix Kartte (Representative)
As Senior Advisor, Felix leads our German policy and political strategy and advises on Reset the overall policy direction. Based in Berlin, Felix currently focuses on building civil society coalitions in the face of growing digital threats to democracy. Also, he helps policymakers develop systemic approaches to regulating Big Tech and reining into surveillance capitalism. Previously, Felix was with the European External Action Service, Europe’s diplomatic arm, where he helped shape the EU’s strategic response to disinformation and malign digital interference. He also spent a number of years with the European Commission after starting his career as a researcher and journalist.
Yael Horowitz (Representative)
Tech Program Manager Yael Horowitz (Representative)
As program and project manager, Yael works closely with the Chief Technologist to help with organization, task management, and timelines to keep the Reset team informed and efficient. She comes to Reset with a background in museums, informal education, public history, and grassroots organizing in New York City and Washington, DC. Her work in the public history and museum sector has focused on institutional critique, labor within the sector, and using material culture to craft narratives about difficult histories.
Brandi Geurkink (Representative)
Strategic Consultant 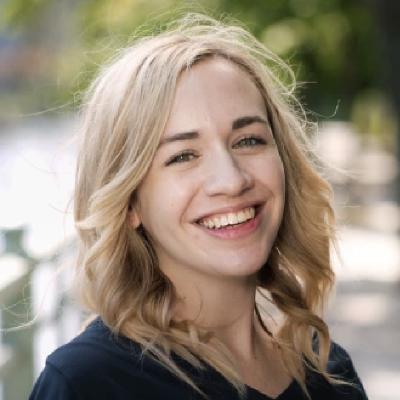 As Strategic Consultant, Brandi supports Reset’s strategic programs and research. Brandi Geurkink is a campaigner who wrestles with some of society’s thorniest problems — and then maps a pathway to systemic solutions. With a background in digital rights, civic rights and economic justice movements, Brandi has honed her skills in grassroots mobilization, investigative research, and coalition building. Her background is varied, but her approach to social change is singular: interrogating power imbalances in society and shifting power to those who are impacted most.

Currently, Brandi is a Senior Policy Fellow at Mozilla, the global nonprofit behind Firefox. At Mozilla, Brandi comes up with new ways to hold the internet’s biggest platforms accountable for algorithms, online advertising, privacy, and other issues. Brandi is the creator of YouTubeRegrets, the largest-ever crowdsourced investigation into YouTube’s recommendation engine and its impact on society. YouTube Regrets has been featured in hundreds of news stories, cited in the EU’s Digital Services Act, and won a coveted Shorty Impact Award.

Brandi’s research and commentary has been featured in the Wall Street Journal, NBC News, NPR (U.S.), BBC, the Times of India (India), Rappler (Philippines) and dozens of other publications. Brandi is based in Berlin, Germany. As Resident Fellow, Louis Barclay supports and consults Reset in its programmatic work and technology strategy. Louis is a technologist with a background in creating open source tools to help people control their usage of the internet, including Nudge.

In 2021, Louis was banned for life by Facebook for his tool Unfollow Everything, which helped people use Facebook less. The ban received coverage in the Wall Street Journal, New York Post, Business Insider and dozens of other publications, and led to support from figures including Frances Haugen and Jimmy Wales.

Louis’s current focus is on creating infrastructure to establish evidence of effective interventions against online harms. During his fellowship, he will be helping Reset’s partners to translate concepts into the appropriate product and technology framework.

Louis has built multiple commercial software products and was previously a co-founder of Stacker. 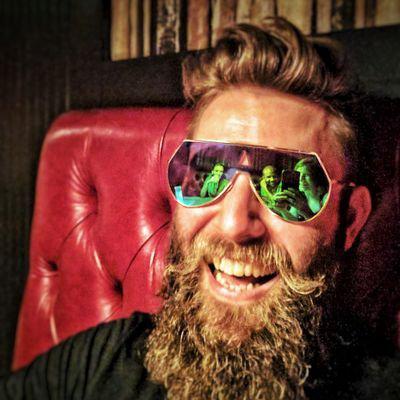 Dan Blah
As Chief Technologist, Dan oversees our technology-centred efforts. He leads Reset’s technology funding and implementation work, provides strategic counsel, and connects a network of experts to support Reset and our partners across the full portfolio of our work. His mission is to build Reset’s capacity as a trusted source and sharer of knowledge at the intersection of technology and democracy. Dan previously served as Principal Director and Chief Technologist of the Open Technology Fund (OTF), which he co-founded in 2012.