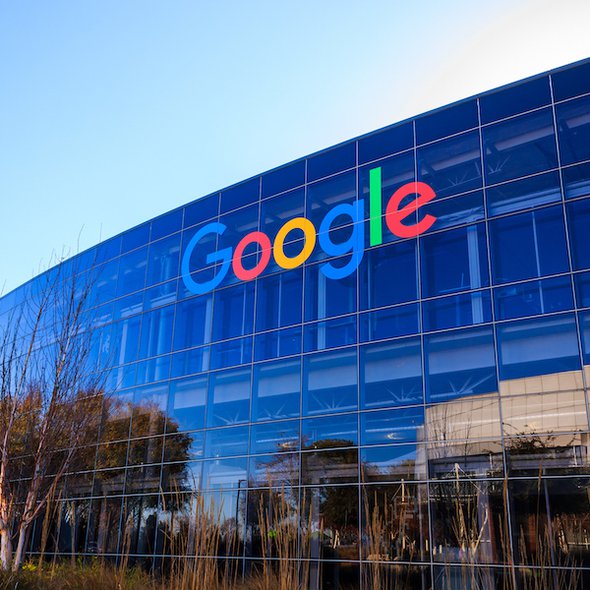 Unchecked, the Internet has led our democracy into crisis. Reset’s Ben Scott offers a plan to fix it

The last few years have been a very rough patch in the brief history of the Internet. The technology acclaimed just a decade ago as the harbinger of liberatory political movements has been twisted into a powerful mechanism of social manipulation. The ease with which Russian agents exploited social media to cast a shadow on the 2016 US presidential election came as a shock. The brazen pilfering of private data by unscrupulous influence peddlers like Cambridge Analytica in the UK pulled back the curtain on an ugly industry of privacy-violating propagandists. And now that we are paying attention, hardly a week goes by without some new tech company scandal, security breach, or social media-fed tragedy.

Beneath these single events, we must confront a heavy new reality. Large technology companies (Google and Facebook in particular) now substantially control how information is organized and distributed in our societies. And the way that they make money is to maximize the amount of time we spend on their services so they can show us more ads and collect more data about us that helps them sell our attention more dearly. The logic of this industry has been appropriately dubbed “surveillance capitalism” by its most prominent chronicler – Shoshana Zuboff. And in the last few years, the masters of this industry have become even more powerful with the integration of Artificial Intelligence into the engine room of their data crunching. They are very good at what they do. Drawn from years of accumulated data collection, they have detailed profiles of billions of users that include social media posts, purchase histories, geo-location, media-viewing habits, health information, interactions and correlations with other people with similar interests and demographics. They apply these data in countless ways to predict our preferences and (increasingly) to shape our behavior. They do all this monetizing of personal information in exchange for providing “free” services upon which many people have become reliant. Their commercial success is undeniable. These companies are now among the most valuable in history.

In short, while we were distracted by the amazing benefits delivered by the Internet, a rather more nefarious business model was taking shape and gaining momentum. It is not that the Internet’s great promise was false. The tremendous positive impacts are clear. The problem is that we were overly optimistic that the course of a rapidly developing technology market would be aligned with the values of democracy. We didn’t set rules of the road or guardrails to ensure that technology would serve the public interest. For twenty years, we did very little to regulate these potent markets. Now – as we watch modern democracy experience an epochal crisis – that has become an urgent task.

The crux of the problem we must solve is to identify how it is that surveillance capitalism contributes to the crisis in democratic institutions and then take steps to mitigate and (ultimately) reverse these trends. That is easier said than done. Let’s start with some basic observations:

Taken together, this combination of effects driven by surveillance capitalism in information markets appears to have played a critical role in delivering the tribal politics, coarsening public debate, conspiracy-riven news markets, and cultural polarization that we can observe poisoning democracies of all kinds around the world. The puzzle we have to work out in order to design remedies is to determine how much new technologies are responsible for this and how we can unwind the damage they have done and steer the power of these markets back towards democratic values.

The answer is almost certainly yes. But they did so as a contributing factor to a larger set of problems that they (largely inadvertently) accelerated in their quest to achieve and exploit monopoly market power. The larger set of problems that technology has accelerated are structural, the root causes of widespread disaffection with 21stcentury democracies. These include widening economic inequalities, corruption and deterioration of democratic institutions, declining faith in the aspiration of generational social mobility, and ethno-cultural conflict as social groups compete for real and perceived socio-economic status and opportunity. Add on top of that the long-standing propensity of democratic political cultures to veer into populism, paranoia, and internecine conflict. For each democratic country, these plagues look different and play out in different ways. Layer on the distinctions of political party system, media market structure, quality of education system, and historic experience with race, ethnicity and cultural heterogeneity – and what emerges is a complex portrait of how democracies struggle. It has common features among nations, but it varies substantially from place to place.

All this to say that we need to understand the problem of technology and democracy in the context of the underlying problems of modern democracy more generally. Many of these have been around for decades, and they have distinct national characteristics. And we must be careful not to attribute (in isolation) too much of the current crisis to technology’s role in shaping public perception. The strength and influence of these long-standing ailments are clear. This is why many commentators and social scientists have pointed out that factors other than technology appear to explain the vast majority of the problem.

But this must not lead us to the conclusion that technology doesn’t matter. It matters. It matters like pouring gasoline on a slow burning flame matters. Sure, the fire was burning before; but now it is raging. And if we can remove the effect of that accelerant, we will have better chance of putting out the fire beneath.

This is also why it makes sense to spend a lot of time working at the intersection of technology and democracy. It is not that this is the only part of the problem that matters. Obviously not. But, despite its complexity, it is far easier to address than some of the deeper-seated social, economic and political problems that it worsens. The technology-as-accelerant phenomenon is relatively new and therefore can (in theory) be reversed more quickly. And digital media does not necessarily lead to outcomes that harm democratic interests. On the contrary, this is why the Internet was (and is) heralded as an empowering tool for political and social movement building. The building blocks of surveillance capitalism can be deconstructed, and we can cut a new pathway for the industry that is more aligned with democratic values and nonetheless delivers all the products and services that people want to have. Bottom line: mitigating the negative effects of technology on democracy may well be the fastest and easiest fix among the many that are needed in modern society. That is not because it is among the critical root causes, but because it worsens all of them today and it can be steered to help fix them tomorrow. Consider the simple reality that it is much harder to produce democratic majorities on complex issues like climate change, economic redistribution and social justice in an information environment that features large audiences that adhere to conspiratorial and non-factual worldviews.

At this level of complexity in the analysis of socio-economic structure, political history and information markets, it is impossible to “prove” the exact role that technology plays in democracy’s present-day problems. There is no empirical experiment we can devise that can measure the amount of the problem for which digital platforms are responsible. And there will always be deeper, underlying causes to address. But it would be folly to ignore the obvious ways that technology is making our current situation worse. We must take a series of decisive actions that correct our failures to set rules for markets that control information technologies with the power to shape society. To do this, we will do what democracies have always done to solve big problems. We will wield the power of the state.

We must develop and enact a public policy agenda that regulates the digital marketplace to align its interests with those of democratic integrity. We need to put red-lines around illegal content and remove it from platforms. We need to limit data collection and exploitation of privacy that allows companies to use data about us in ways that have nothing to do with the services they are providing. We need to modernize competition policy to reduce the power of monopolies. But, more immediately, we also need to pull back the curtain on this puppet show and speak clearly to people about how they are being manipulated. We need to help people reclaim their right to be more than just a data stream to be bought and sold. We need to invest in education, and we need to make commitments to public service journalism and community media that provide alternatives to the mindless stream of click-bait and propaganda that dominates digital media today. Broadly speaking, we need to recognize the role that digital information markets play in shaping modern democracies. Right now, we are allowing the power of those markets – dominated by a small handful of giant companies – to contribute to the crisis in democracy. Our job is not just to stop this from happening, but to reverse it; to put the power of technology in the service of democratic renewal.

Ben Scott is Director of Policy and Advocacy at Luminate. He previously co-led the Stiftung Neue Verantwortung in Berlin, and helped develop it into a leading tech policy voice in German politics. Ben has previously served as a Policy Adviser for Innovation at the US State Department, and as senior adviser to New America in Washington DC. During the 2016 presidential Campaign, Ben led the technology policy advisory group for the Clinton campaign.